G’damn it’s been a while since I touched this site. I’m a slacker. So much so that I’m actually posting a blog here instead of starting to clean my apartment, which I’ve been desperately needing to do. Oy.

But while I’m avoiding manual labor, I figured it was about time I give Tovin his blog debut. These photos date back to this fall in Santa Cruz, California, right after we adopted our fabulous lab/border collie/muttface, Samba. At this point, we were probably still calling her Puppy X. Which is a pretty good dog name, until people start cooing and asking what your adorable puppy is called. Er, uh, she doesn’t have a name yet.

We went to the vet today and Samba (aka La Bamba, Sams, Sambabamba, SushiSamba, SambaRock) has put on nine pounds in the last two months. She’s also finally mange-free. Woo hoo! No more baldy dog and no more bacon-flavored liquid medicine. We took her to the dog park to celebrate where she did this fake-out fetch thing where she chases the toy, sniffs it and then immediately gets distracted and wanders off leaving us to fetch whatever object we’ve been tossing around the park. She’s an urban pup. Way better at parking lot fetch. 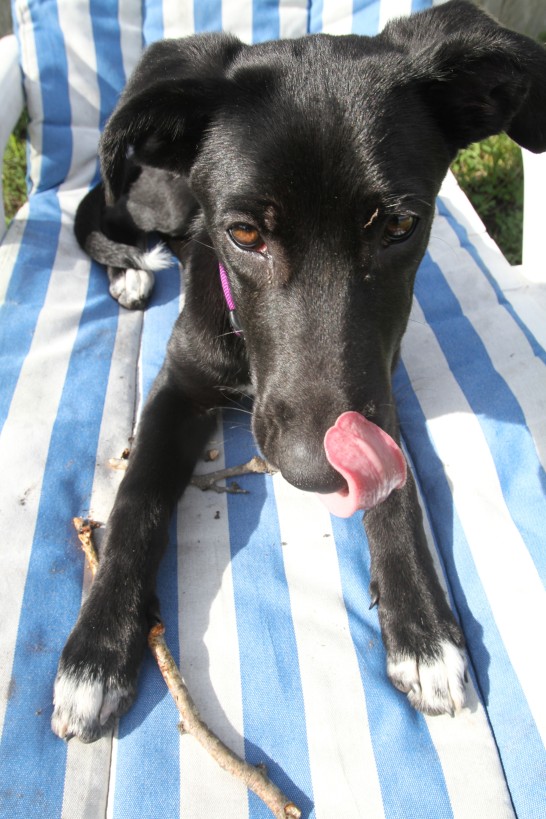